Minto is an underground copper and gold mine located in the Yukon Territory.  The Minto copper-gold mine is located approximately 240km from Yukon’s capital, Whitehorse. The mine ran continuously from 2007 to 2018 and recently resumed operations in October 2019 under new ownership and management after a brief maintenance closure. Since restarting, production and operational efficiencies have been progressively increasing. Minto mine operations are 100% underground and the primary product is copper concentrate, with significant amounts of gold.

Minto is currently in operation and is mining and milling ore from the Minto East and Copper Keel deposits. Copper/gold concentrate produced at Minto is trucked from Minto to Skagway, Alaska. The concentrate is stored at Skagway in a leased facility and is sent by ocean transport to Japan to be refined. On the eight-hour journey to Skagway, the 48 tonne concentrate twin trailer and truck must cross the Yukon River by barge in summer or over an ice bridge in winter. During the spring and fall, when the ice bridge is not stable enough to drive on, yet the river is not open for the barge, the concentrate is stored at Minto until the shoulder season is over. Minto’s partnership with Sumitomo Corporation provides for long term purchases of Minto’s concentrate while logistics await the Yukon weather conditions.

The Minto mine commenced Yukon mining operations in 2007 as an open pit mine. In 2012 the company began underground development on the Minto South Deposits while continuing to mine additional open pits as the primary mining method. Today, the mining at Minto comes entirely from underground mining utilizing longhole stoping. The stopes are retreated from an extraction development drive with rib pillars left between stope lines for ground stability. Ore is extracted from the mine with 45 tonne haul trucks utilizing a 15% ramp to surface. Minto underground is currently producing 2,000tpd and ramping up as we are expanding into our newly developed Copper Keel Deposit. This mining area will also utilize longhole stoping and will be mined with two new Komatsu 22HD loaders, an 11yd loader powered by a hybrid electric drive. 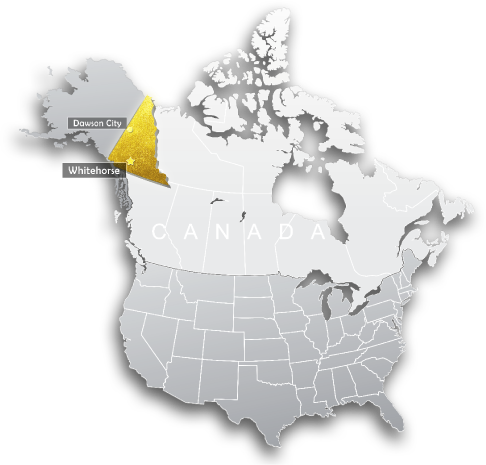